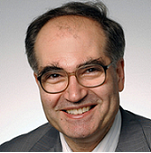 Professor of Medicine and Geriatrics, University of Sherbrooke

Tamas Fulop, MD, PhD, is Professor of Medicine and Geriatrics, and Senior Researcher at the Research Center on Aging, University of Sherbrooke, Québec, Canada. He was the deputy director of the Research Center on Aging and member of the Graduate Immunology Programme for 20 years. He has directed the Biology Research Programme of the Research Center on Aging for more than 10 years. He obtained his MD degree at Geneva University. He received his PhD in Biochemistry and Immunology from the Hungarian Academy of Sciences and was a post-doctoral fellow at University Paris XII in Biochemistry. Dr. Fulop’s NSERC and CIHR funded research since 1994 is focused on immune response changes in T cells and neutrophils and the mechanism of inflammation with aging and age-related diseases in humans. More specifically his research is directed to the elucidation of the signal transduction changes in immune cells. His current interest is in the pathogenesis of Alzheimer disease, as well as of cancers. He is also interested in the immune-inflammatory changes occurring in frailty. He has authored more than 270 publications. He is recipient of the Presidential Award of the IAGG and fellow of the GSA since 2001. He served on the executive committee and participated in the organization of three IAGG congresses. He serves on the GSA Publications Committee and BS executive committee. He is on the editorial boards of Archives of Gerontology and Geriatrics, Biogerontology, Gerontology, Pathology Biology, Immunology and Aging, European Geriatric Medicine and is Section Editor of the BMC Geriatrics. He is the editor-in-chief of the Interdisciplinary Topics in Gerontology. He is co-director of the undergraduate geriatric teaching program.